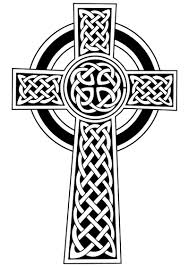 Margaret Marie “Peggy” Finley, nee Murray, 56, passed away suddenly on June 15, 2022, in Chicago, Illinois. Beloved mother of Hannah and Brendan Finley. Peggy was born on February 23, 1966, in Chicago, Illinois. Her parents were the late George Murray and the late Ellen Murray, nee Oberfell. Peggy was the 11th child of George and Ellen's 13 children. She took pride in being from Bridgeport, a strong Southside Irish Catholic neighborhood. Everyone who has ever met Peggy has stories about her laughter, her joy, her beautiful blue Irish eyes, and her radiating positive energy. She was an avid White Sox fan, going to as many games as possible. She was a thoughtful caregiver to so many people throughout her life. And her greatest joy were her two children, Hannah and Brendan. From the moment they were born, they were her world. Peggy loved her family and friends, always bringing people together for a laugh and a hug. Devoted mother of Hannah Finley and Brendan Finley. Loving daughter of the late George and Ellen Murray. Dearest sister of June Murray, Georgine Murray, Mike (the late Marjorie) Murray, Mary (Ed) Klus, the late Martin (Cathy) Murray, Patrick Murray, the late Katie Murray, Ellie (Steve) Bartucci, Jack (Lori) Murray, Ruth (Bill) Fear, Jim (Abby) Murray, and George Murray. Also, a fond aunt and grand-aunt of many, many nieces and nephews; former wife of Brian Finley.

To send flowers to the family or plant a tree in memory of Margaret "Peggy" Marie (Murray) Finley, please visit our floral store.

A Memorial Tree was planted for Margaret "Peggy"

We are deeply sorry for your loss - the staff at Michael Coletta Sons, Ltd. Funeral Home

Join in honoring their life - plant a memorial tree